Herniated disks cause local pain and discomfort in addition to radiating symptoms like pain, tingling or numbness, usually in the arms and legs. Dr. Walther Burnham, at HUNTINGTON ORTHOPEDICS® in Pasadena, CA, offers the most advanced care options for herniated disks aimed at relieving symptoms and improving mobility.

What is a herniated disk?

Disks (sometimes spelled discs) are spongy structures located between each pair of spine bones (vertebrae) that act as protective shock absorbers for the spine and also help the spine remain flexible. Each disc is composed of a tough outer shell called the annulus and a gel-like central portion called the nucleus pulposus. Sometimes, a disk can slip or be forced out of its normal position and extend beyond the edge of the vertebrae, becoming pinched or compressed by the bones. This is called a disk hernia or herniated disk. Once the disk moves beyond its normal confines, it can press on surrounding tissues, causing inflammation. What’s more, the disc often impinges on nerves as they exit the spine, irritating the nerves can cause symptoms of radiating pain, tingling and numbness that can occur anywhere along the nerve pathway. Herniated disks in the lower back are associated with the painful condition called sciatica, which can cause pain and numbness in the lower back, buttocks, hips, and legs. When a disk in the neck becomes herniated, it can cause a similar condition called cervical radiculopathy, which is associated with pain and numbness radiating into the shoulders and arms.

Herniated disks are commonly caused by overuse or repetitive use injuries like repeated bending and lifting. Poor posture, older age, obesity and sitting or standing for long periods of time each day increase the risk of disk herniation, and traumatic injuries from falls and other accidents can also cause disks to become herniated. Herniated disks may also occur during pregnancy as the growing belly places uneven strain on back muscles.

How are herniated disks treated?

Many disk hernias resolve with rest, alternating applications of heat and cold and physical therapy to restore flexibility and strength and to prevent recurrence. Injections of corticosteroids and pain relievers directly to the injured site can be very effective in providing both immediate and long-term relief that can promote faster healing. If these conservative approaches aren’t effective in relieving symptoms, surgery may be recommended to relieve nerve compression.

Call the office to book an appointment with Dr. Burnham. 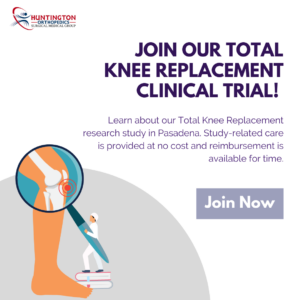